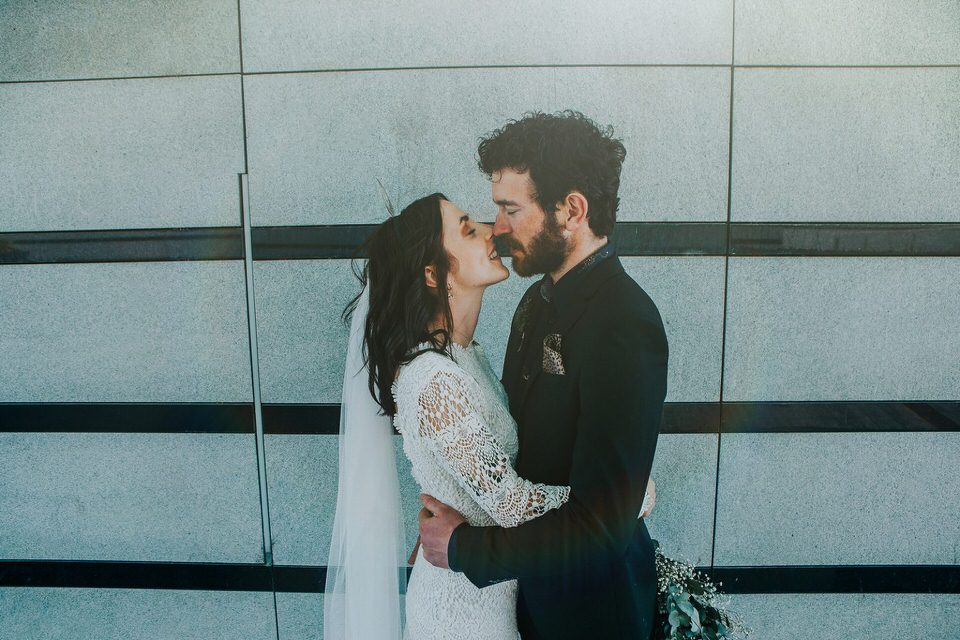 We’ve photographed in the Walled City Brewery a couple of times over the years. Though we don’t get to eat they’re as often as we might like, we absolutely love the cool blue and industrial interiors as much as the delicious food. It’s no secret that I love a good blue wall with some gorgeous light and the Walled City Brewery delivers on both.

Rosie and Anthony where to have their ceremony at the Guildhall in Derry followed by a relaxed day of dinner and drinks and dancing with their friends and family. This was a very important element of the day for them. They were totally up for creating some gorgeous portraits and I’m pretty sure we delivered on that too. With a couple as in love as Rosie and Anthony are, it would be pretty hard not to.

I met up with Rosie and Anthony in Derry not too long before the wedding to get a chat about the day. Myself and Rosie may have gotten a bit too deep in conversation about plants at one point (ferns featured heavily in conversation) though we didn’t leave Anthony completely out of it. I felt so comfortable them and headed home really excited for their wedding day to come.

I learned Rosie would be wearing a boho vintage dress by Daughters of Simone from the amazing modern-boho bridal boutique in Belfast, Archive 12. Archive 12 is fast becoming THEE place in Ireland for modern brides with an alternative look in mind. You’ll find a stunning array of modern and cool vintage inspired dresses. Rosie opted for this gorgeous Lola dress by the US bohemian brand Daughters of Simone. I’m always super excited when I hear that Archive 12 are supplying the wedding dress. I knew it was going to be a beaut. Her headband was a crescent moon by Lori Muldoon Millinery. *SWOON* 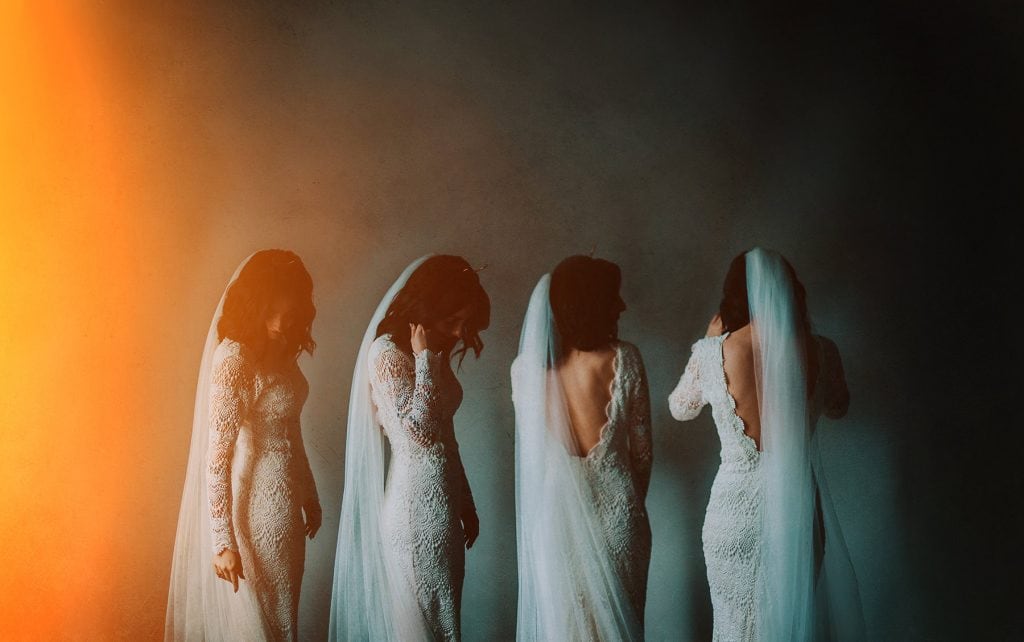 I met Rosie in the morning at her room in the Shipquay Hotel in Derry, just a stones throw from the Guildhall. I don’t often get to shoot weddings where the whole day is based in Derry so I was excited to be back at the wall City Brewery again.

Rosie got ready with her family and pals, having her hair done by Roco in the morning. We met up with Anthony a short while before the ceremony at the Guildhall. The ceremony was held in the main hall with Rosie and Anthony lining the aisle with candles and plants open bracket (ferns included). We absolutely loved Anthony’s choice of a attire. Totally digging that shirt.

CEREMONY AT THE GUILDHALL 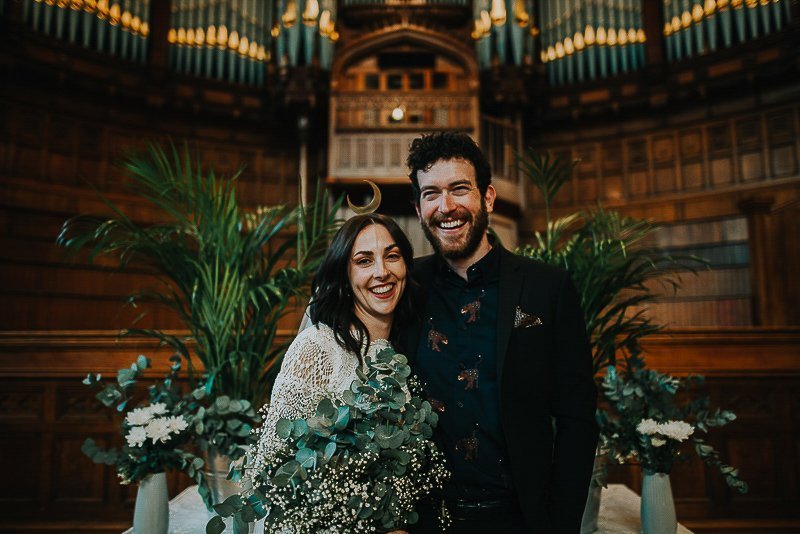 The 77s sang Rosie up the aisle and played some wonderful tunes during the ceremony. The exchange voice and finished with a champagne reception hanging out with their Nearest and Dearest until it was time for us to head off for some portraits. Not before stopping outside the Guildhall to get some group photographs in front of the Derry walls.

I’m utterly in love with these two and their wedding day and I’m thrilled they loved their photos as much as we did.

We took a bit of a detour into the craft Village or a few portraits before making our way towards the Peace Bridge. Keeping with the theme of blue we stopped at at this wall all. I couldn’t help myself. Continued on towards the walled city Brewery stopping at Evington for a few more portraits before meeting everyone for drinks.

These two are just adorable. 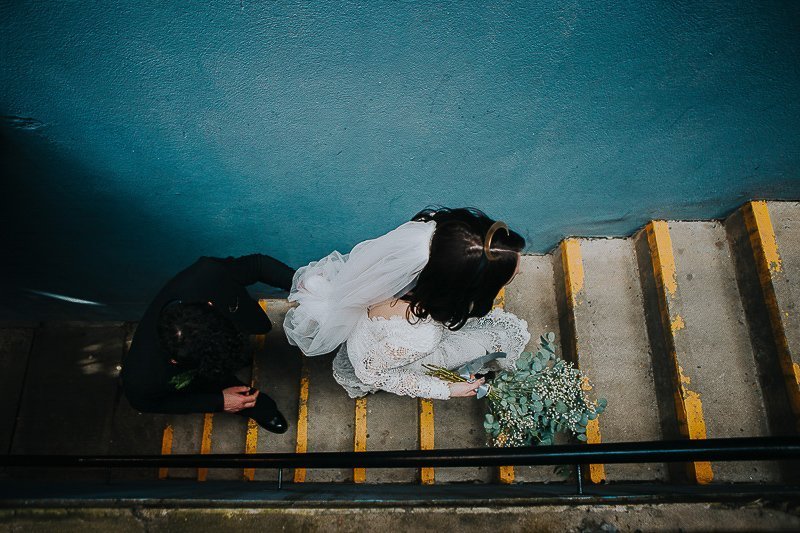 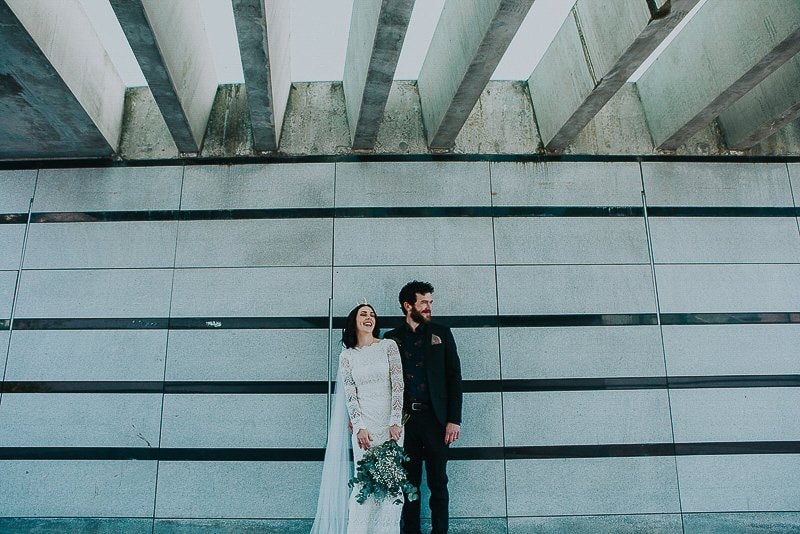 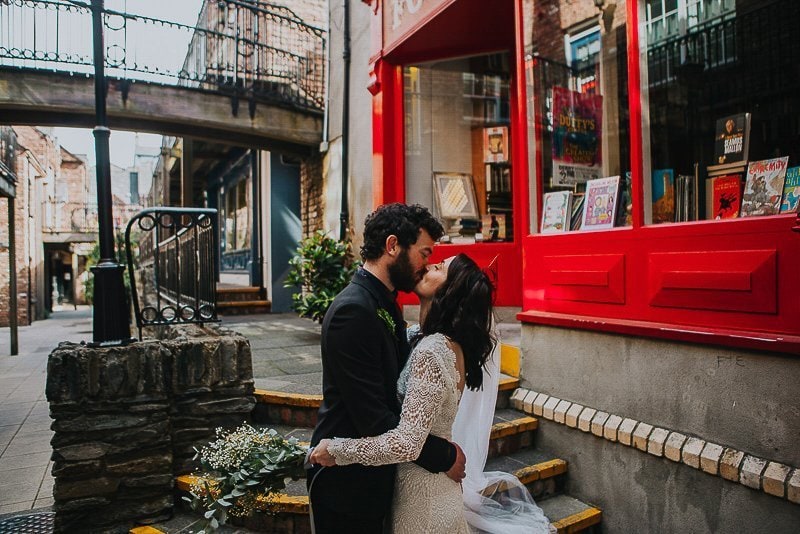 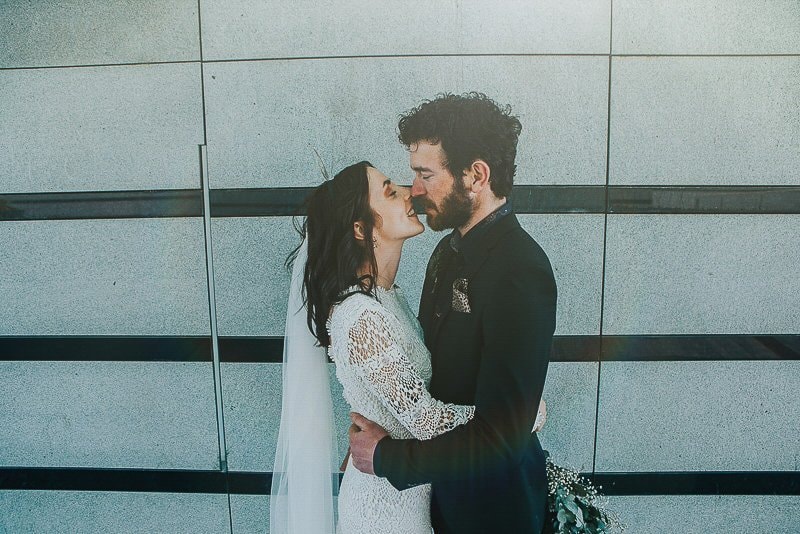 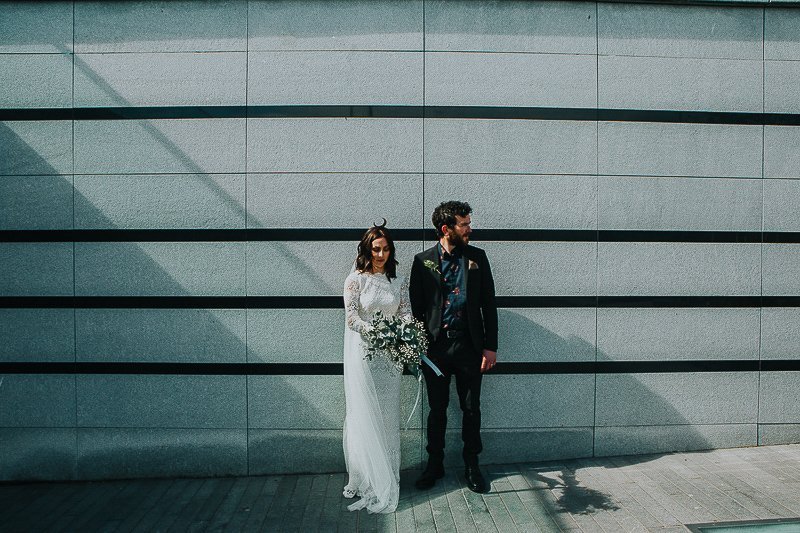 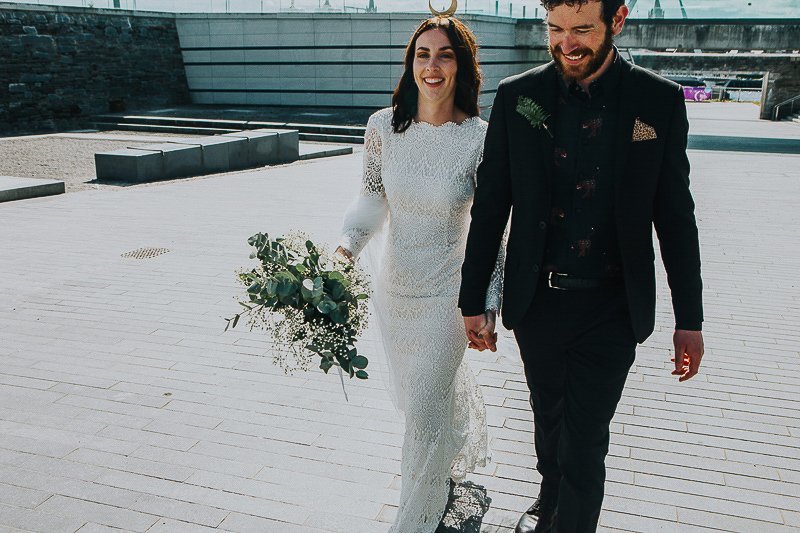 It was a beaut of a day and although maybe a bit too sunny at times (hello squinty eyes), it made for gorgeous light in the Walled City Brewery. Everyone just had a relaxing time in the sun, drinking and chatting until it was time to sit down to dinner. Before for they had back and side to the brewery, Rosie grabbed a couple of quick photos with her mates; girl band style.

Anthony had other ideas ideas and grabbed all the lads for a group photo down beside the digger which was good craic. You can take the boys out of Donegal…

Rosie made gods of two guinea pigs and four cats (one of them named Windom after Windom Earle in Twin Peaks. Genius) as photobooth style props.

After spending most of the day just hanging out with their pals, the ended the day with a boogie with The 77s supplying the music. These two are so in love I can’t even deal and two absolute babes to boot.

I’m utterly in love with these two and their wedding day and I’m thrilled they loved their photos as much as we did. 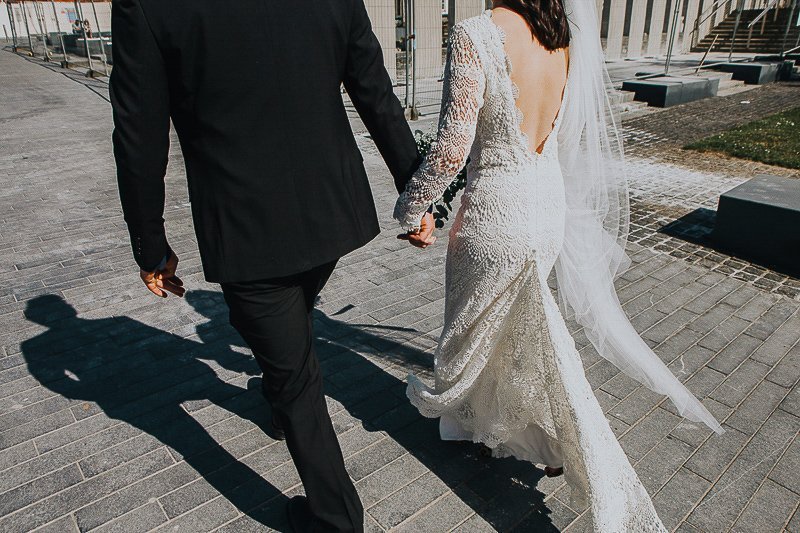 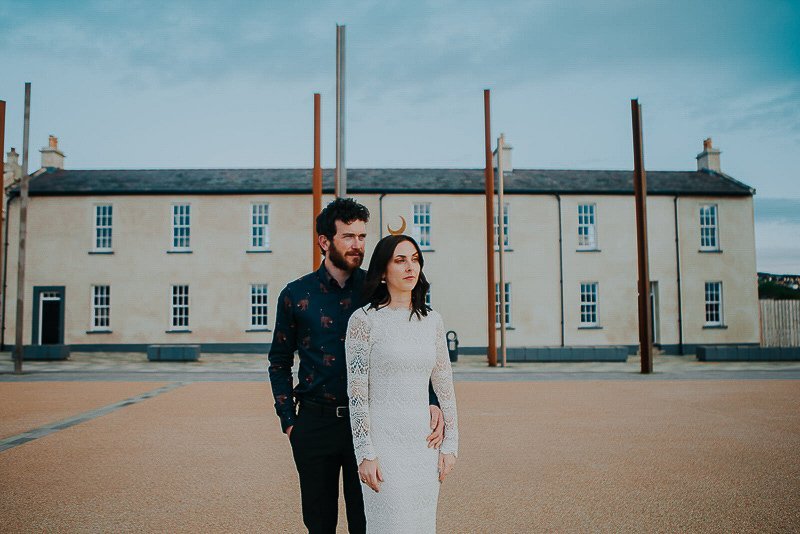 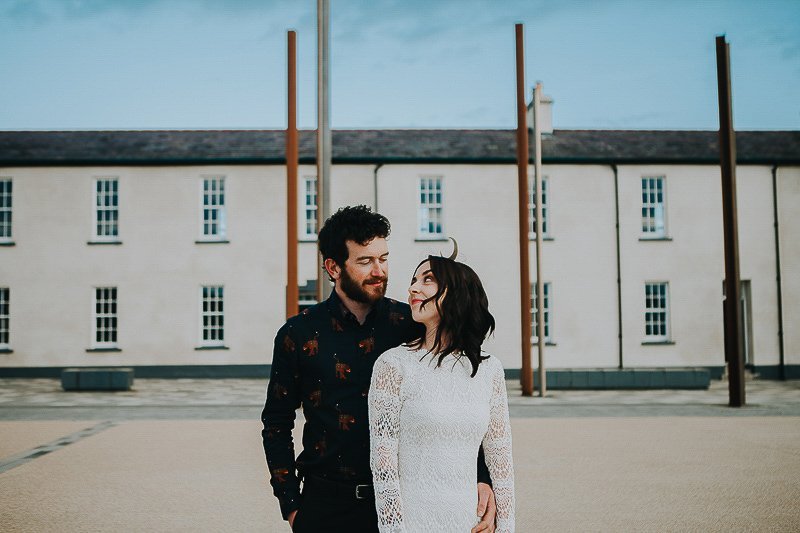 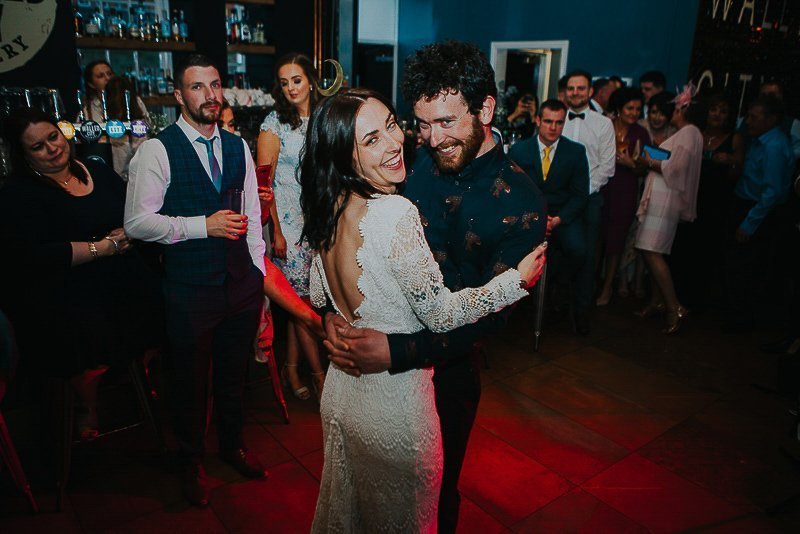